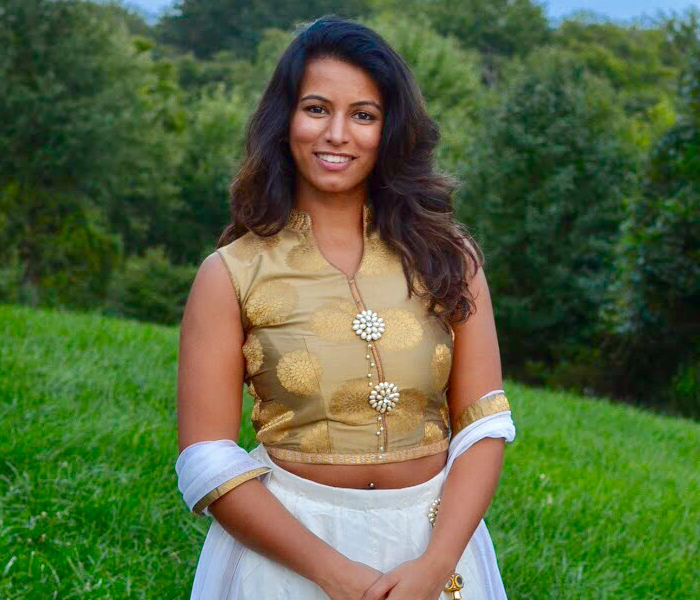 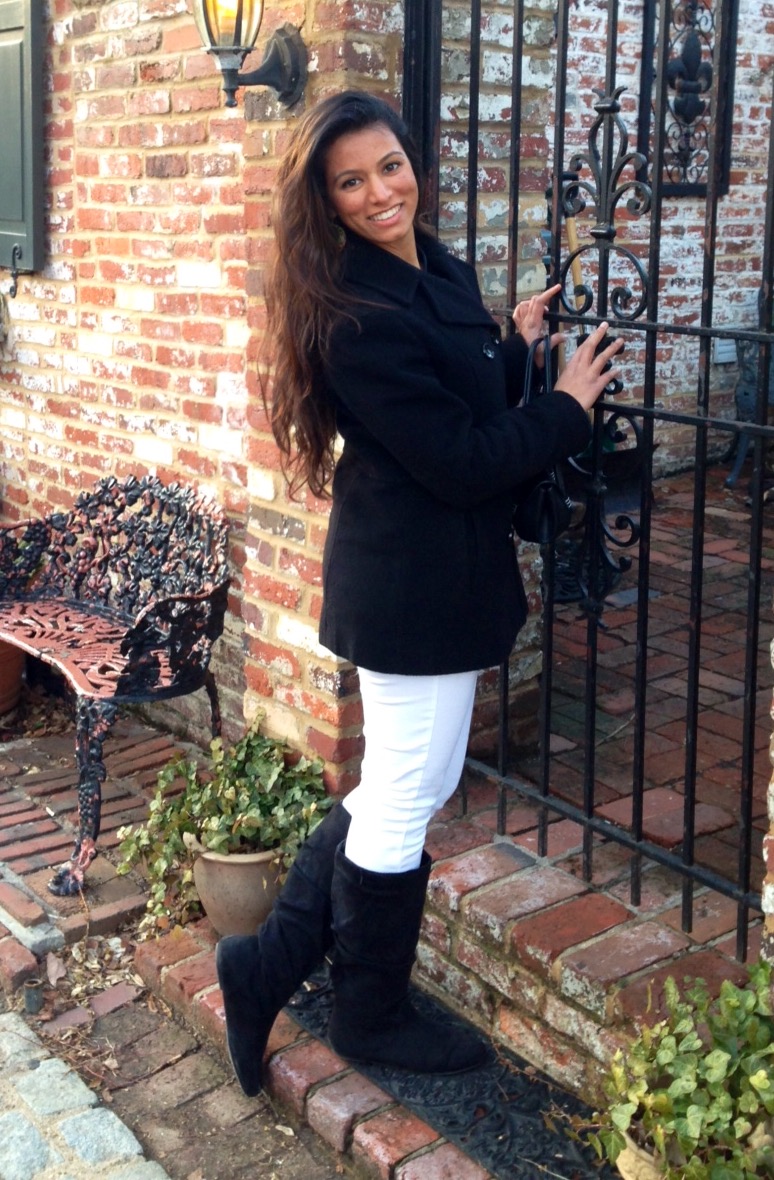 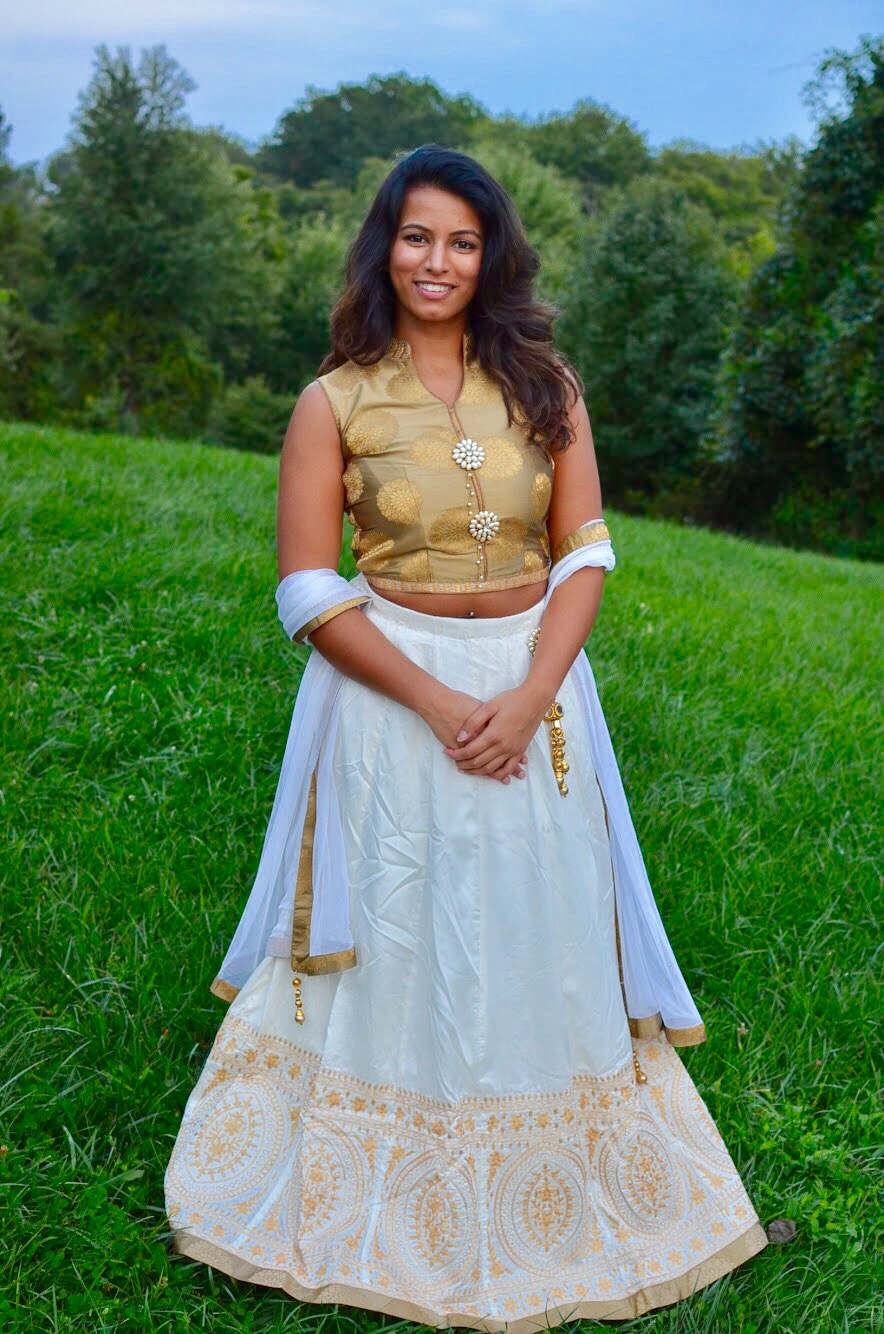 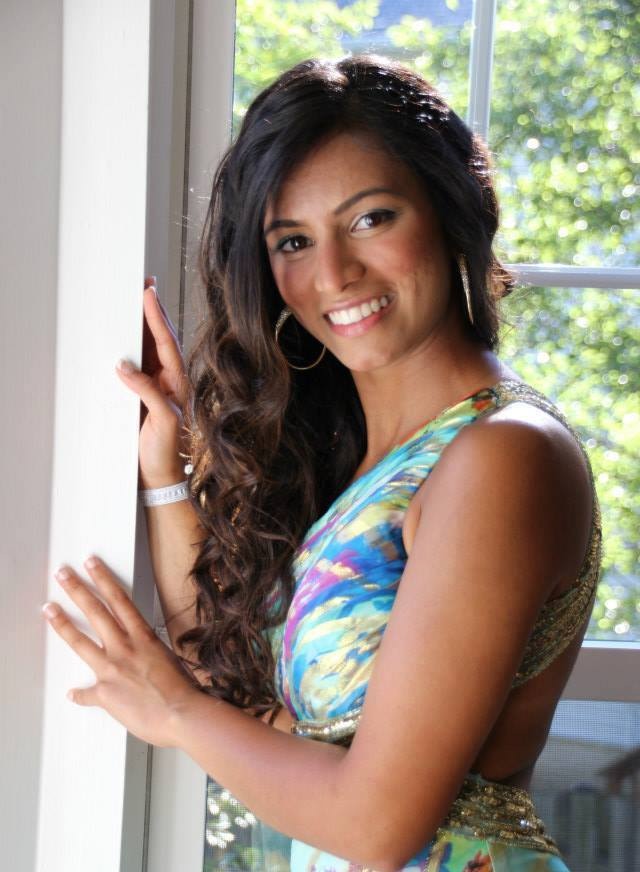 I was the type of person that always wanted to stay busy and be involved in multiple extracurricular activities. I played soccer for about 12 years, mainly as goal keeper. It was the first sport that I really got in to and it taught me to look past the fear to conquer what needed to be done, and being a goal keeper that involved taking a lot of hits. Then I got into Bollywood dance, I was a little reluctant at first but as I became more involved with it I was able to connect more with my Indian culture because my team and I grew as a family. We had so many amazing opportunities from performing at the Kennedy Center in Washington D.C. to being invited to perform at Disney World, Disneyland, and Disney Cruise. It taught me a lot of self-confidence and stage presence which helped when I was in choir and wanted to audition for solos. My junior and senior year I was involved with JROTC and moved up in ranks very quickly and became a Color Guard Commander and Vice Commander over all the students in my squadron. In college, I still play intramural soccer but I put most of my focus towards my classes.

What are you doing presently?

Currently I am a rising senior at James Madison University and am studying Intelligence Analysis. I recently had the opportunity to have an internship in Cochin, India for Competitive Intelligence which is the business side of my major.

What are your future plans?

I hope to have a job in the government or with a contract company that deals with national security because I have always wanted to protect the country that I call home.

Why do you want to participate in the pageant?

I have never truly been comfortable in my own skin, but being a part of the pageant will push me to step out of my comfort zone and challenge myself in a way that no other competition can. I’m excited to see how I emerge after the competition over because I’m hoping that the person I am becomes stronger and more confident with who I am.

Talent you plan to do for pageant (Please include song name if doing a dance, this can be changed later):

What 3 words sum you up?

What is an interesting fact about you that not many know?

I wasn’t born in the United States, I am originally from Mumbai, India and didn’t become a citizen until I was in fourth grade. Although I grew up in the states I still feel extremely connected to my Indian culture.

If you were a super hero, what would your super power be?

It would be the ability to fly, I’ve always loved the idea of having the ability to just be free in the sky and get anywhere I needed to quickly. I’m not a huge fan of the traffic in the Northern Virginia area.

If you could take three things to a deserted island what would they be and why?

A good book because I’d need to pass time somehow, pan so I could cook any fish that I would catch, and my mom, she knows the solution to any problem and I probably wouldn’t survive without her.

I went to see a movie with my parents in the big IMAX theater and we were watching Journey to the Center of the Earth. There was a scene where a kid was washed up on a beach and he gets really surprised by something, then the scene panned to a fish with huge teeth right in his face. As soon as I saw the fish, I screamed in the middle of the theater. It was the one quiet scene in the movie so everyone heard me and was laughing for about 5 minutes.

I know most people say this, but my mom is the biggest inspiration that I know. She moved to the U.S. alone when I was 3 years old. She didn’t know anyone here and has worked harder than most people should to make sure that she could take care of me. I could never repay her for everything she gave up so she could give me a better life and I would not be the person I am without her.

It’s actually a reoccurring nightmare that I have, but watching something bad happening to my parents and not being able to save them. They are my world and I would do anything to protect them.

If you knew today was your last day on Earth, how would you spend it?

At home on my deck with my parents and my puppy playing rummy cube. That to me is my happy place so there is nowhere else I would rather be.

The Golden Rule- “Treat people the way you want to be treated” : my dad taught it to me.

Where do you hope to see yourself in 10 years?

I see myself with a steady job and married to a man I love with at least one daughter. I don’t care where I’d be living as long as I had them.

I appreciate all of the support and words of encouragement I’ve gotten from all my friends and family and I hope that you all can continue to support me and come watch me and all the other beautiful contestants on September 16!

If you have any questions, send us an email.